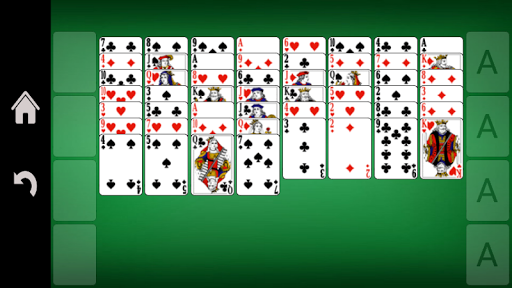 See the rules for more details:

FreeCell is played with a deck of 52 cards, which are placed on eight columns in the middle.
On the left, there are 4 free cells you can use to place a card temporarly.
The goal is to build the 4 foundations on the right, from Ace to King.
Usually, you would move cards one by one, helping with the free cells.
The game allows you to move several cards at once, provided you have enough free cells to complete the move.
– Change back the way cards are stacked for better visibility