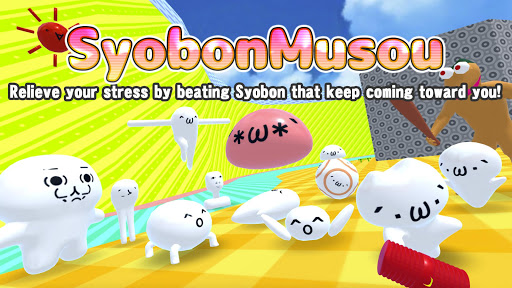 ・There are three kinds of stage levels.
Easy, Normal, and Hard.
The stronger enemies you beat, the bigger the prize in coins.
There are also daily stages in which enemies approach you in daily-changing patterns.

・Power up with equippable items.
There are a total of 96 cool items you can get!
You can buy weapons, wigs, T-shirts, heart,and shoes at the shop.
Power up by equipping your favorite item.